Between work and school, finding time for climbing outside can sometimes be a struggle. For a long time, my go-to climbing partner was my boyfriend. I love climbing with him. He’s hilarious, pushes me to try harder and often gives me excellent advice. He is always excited about climbing and is probably one of the most determined people I know when it comes to getting outside. For example, he’s been known to join me on whirlwind climbing trips to Chattanooga: leaving after I get off work at 1:30 pm, camping, and then up at 5 am to climb a few pitches before I clock back in at noon. He’s honestly everything I’ve ever wanted in a climbing partner. The only downside: my massive ego that doesn’t enjoy dealing with constant failure at trying to send anything ever at any point. This led to a few not entirely pleasant climbing trips where I felt like I was never going to get better at climbing and would only hold him back– all I wanted to do was give up and cry under a rock. 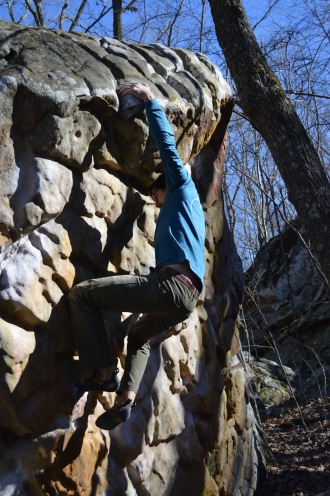 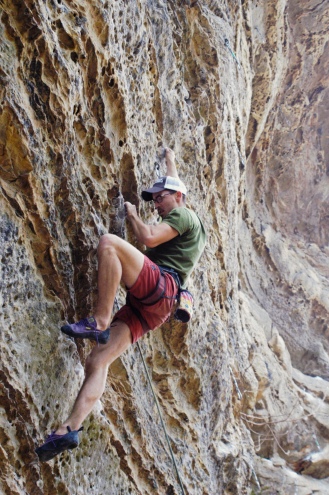 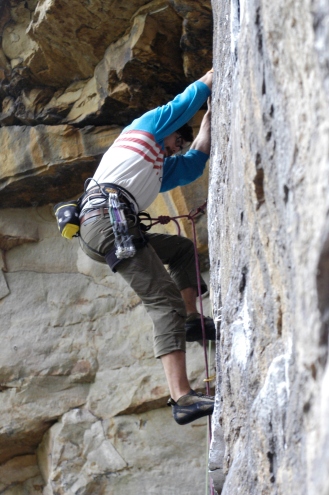 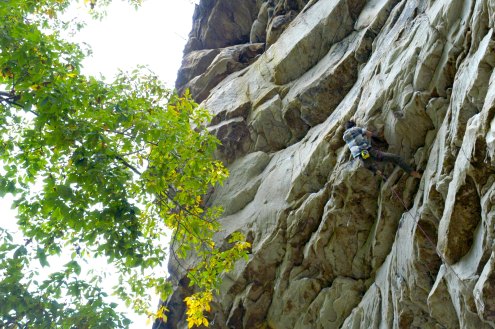 Then, one day, we couldn’t climb together. I sent text after text to everyone I knew before finally managing to convince two ladies, one of whom I’d never even climbed with, to go bouldering with me. There were a ton of ladies at the crag, including a friend I hadn’t seen in quite a while. It was like the universe was giving me a gigantic hug. I had finally achieved something I hadn’t thought was possible–climbing without my ego in my way. Since then my climbing life has been completely taken over by loud squeals of delight, hugs, and the ever-encouraging sound of name chanting. 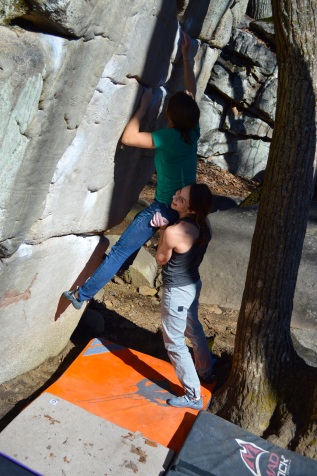 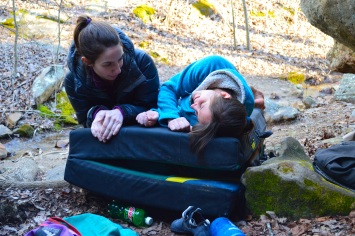 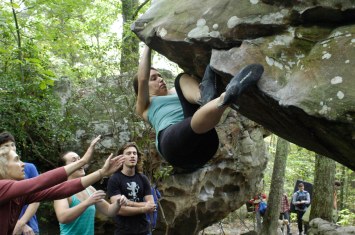 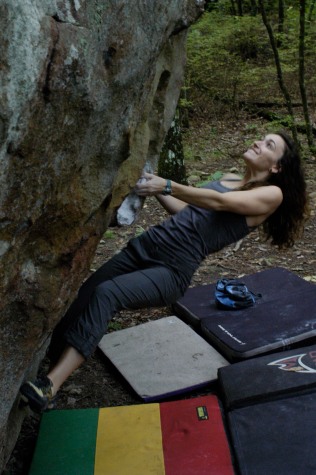 Watching other women climb is inspiring. I don’t think I’ve ever trained quite as hard as after I made it a point to get out and climb with other women. I sent my first v4 on a trip like this and nothing quite beats having someone else squeal excitedly with you as you do your happy dance on top of the boulder. Perhaps the best part of it is the lack of judgment, perceived or otherwise, coming from others and definitely from yourself. 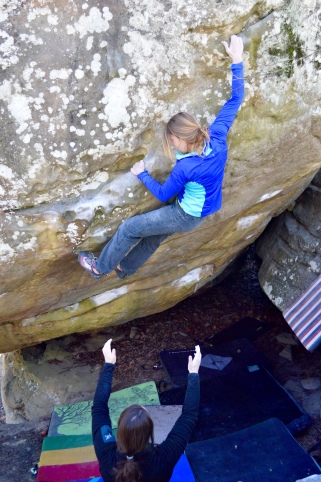 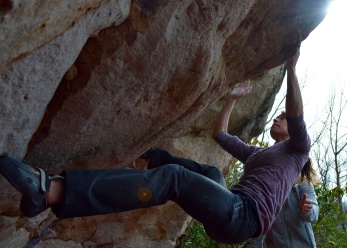 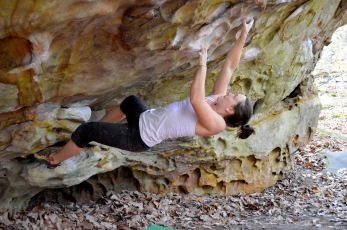 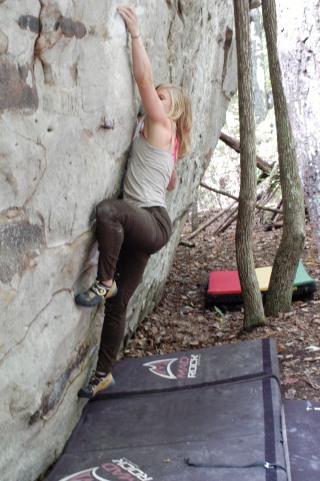 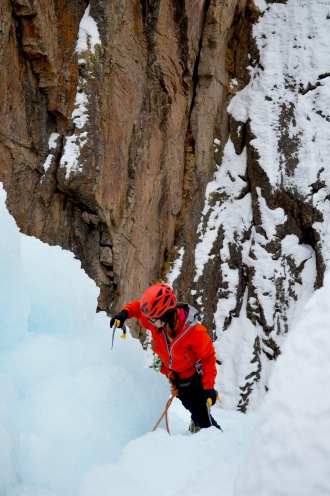 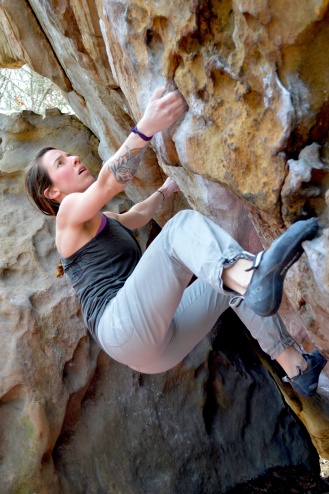 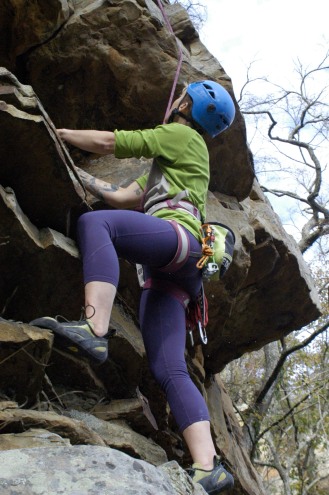 I hate to admit it, but when climbing with my boyfriend, I am my worst critic. I spend a lot of time being hard on myself and telling myself that I’m not good enough to climb with him. I’m scared of leading anything above a 5.7, can top rope up through the occasional 5.11. More often than not, I’ve felt stuck alone on a big-ass plateau as I’ve watched my boyfriend send several 5.12s sport climbing and trad climbing. Having a crew of crusher ladies keeping the psych high after sending a v2, v4, or anything has given me the ability to be psyched for myself again and has encouraged me to try harder things without fear of looking like a moron.

I spent Valentine’s Day weekend climbing at Horse Pens 40 with my boyfriend. It was probably one of the best climbing trips I had had with him for awhile. Not only did I notice changes in my willingness to hop on boulder problems I didn’t even think I could do, but I was able to laugh after falling from the first hold. I pushed myself to try a little bit harder on some things and managed to keep myself from being self-deprecating if it didn’t work out. I was able to listen to my boyfriend give me advice and encouragement and I was able to be proud of myself for my successes. 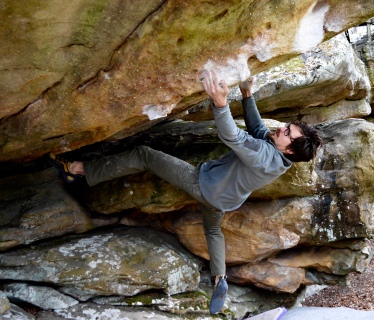 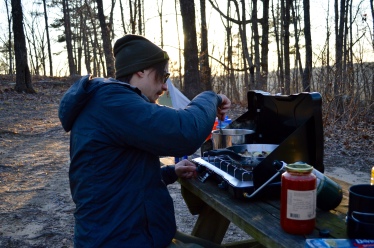 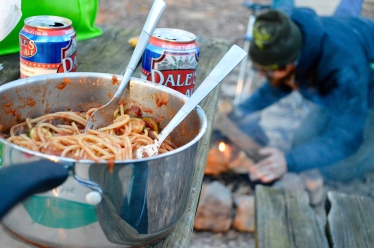 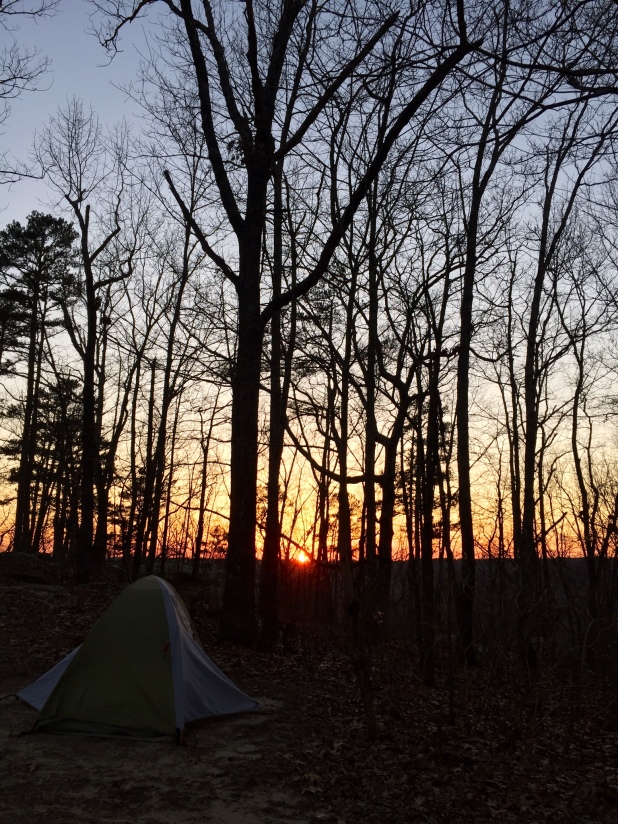 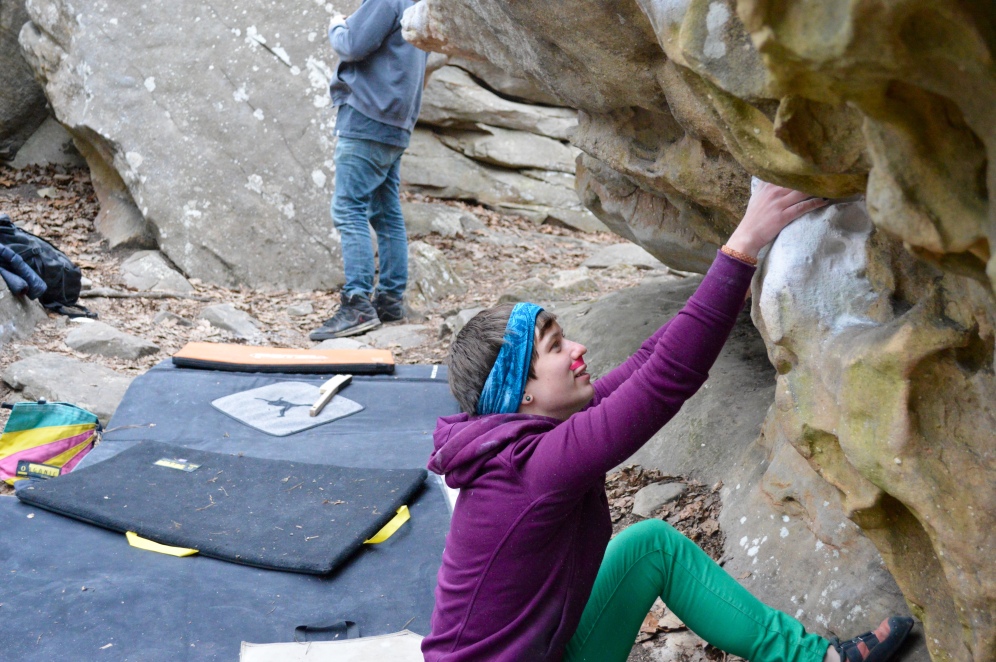 There is literally nothing more wonderful than spending time outside with your girlfriends. Those moments are empowering, refreshing, filled with laughter, and (if you can convince them) lots of name chanting and proclamations of love. Happy late Galentine’s Day and Valentine’s Day to all the beautiful climbing ladies of the world (and the guys too, I guess)! 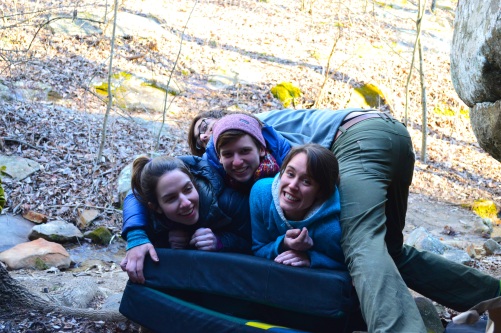